A – Prerequisites to participate in the General Assembly

Only shareholders who can prove that their shares are registered in their name or in the name of the intermediary registered on their behalf on the second business day preceding the meeting, i.e. Monday 13 June 2022 at midnight, Paris time, may participate in the General Meeting :

B – How to participate and vote at the General Assembly

Shareholders wishing to attend the General Meeting in person may do so as follows:

– Any registered shareholder will then be admitted to the General Meeting upon proof of identity;

– Any bearer shareholder must ask the authorised financial intermediary managing his or her securities account to send him or her an admission card.

If they are unable to attend the meeting in person, shareholders may choose one of the following three options :

Shareholders may vote by post or give a proxy, using the voting form provided for this purpose. These means of participation made available to shareholders are now the only possible.

A single postal and proxy voting form is available to shareholders at the company’s registered office or can be requested by simple letter, fax or email at the following email address : assembleegenerale@gevelot-sa.fr  and is also available on our website www.gevelot-sa.fr . Any request received or made at the latest six days before the date of the meeting will be granted. These forms will only be taken into account if they are duly completed, signed and received either by post at the Company’s registered office or by electronic mail at the following address at least three days before the date of the meeting. Owners of bearer shares must accompany their form with the certificate of participation issued by an intermediary mentioned in article L.211-3 of the Monetary and Financial Code.

Proxies can validly reach the company, either by post at the registered office, or electronically at the following email address assembleegenerale@gevelot-sa.fr until the fourth day preceding the date of the General Meeting, i.e. no later than June 11, 2022.

Only notifications designating or revoking mandates duly signed, completed, received and confirmed by the fourth day preceding the date of the General Meeting at the latest will be taken into account.

A shareholder who has already cast his vote at a distance or sent a proxy or asked for a certificate of participation may choose another method of participating in the meeting provided that his instructions to this effect reach the company until the fourth day preceding the date of the general meeting The previous instructions received are then revoked.

Shareholders who have already cast their vote at a distance or sent a proxy may at any time transfer all or part of their shares. However, if the transfer takes place before the second working day preceding the meeting at midnight, Paris time, the company invalidates or modifies accordingly, as the case may be, the vote cast at a distance or the power. To this end, the account-keeping intermediary notifies the transfer to the company or its agent and sends it the necessary information.

No sale or any other transaction carried out after the second working day preceding the meeting at midnight, Paris time, whatever the means used, may not be taken into account by the company, notwithstanding any agreement to the contrary.

Requests for the inclusion of points or draft resolutions on the agenda of the meeting by shareholders fulfilling the legal conditions in force, must be sent to the registered office, by registered letter with request for acknowledgment of receipt or by email to the following address assembleegenerale@gevelot-sa.fr and be received no later than the 25th calendar day preceding the General Meeting, i.e. on 21 May 2022. These requests must be justified and accompanied by a certificate of registration in the account.

It is also reminded that the examination by the General Assembly of points or draft resolutions which will be presented is subject to the transmission by the interested parties, at the latest the second working day preceding the Assembly at midnight, Paris time, of a new certificate justifying the registration of their securities under the same conditions as those indicated above.

In accordance with the article R. 225-84 of the Commercial Code, any shareholder can ask written questions. These questions must be addressed to the Chairman of the Board of Directors,in the head office of the Company, by registered letter with acknowledgment of receipt request or sent by electronic telecommunication to the following email address : assembleegenerale@gevelot-sa.fr  no later than the second working day before the date of the said Assembly i.e. 13 June 2022. They must be accompanied by a certificate of account registration either in the accounts of Société Générale Securities Services for registered shareholders, or in the accounts of the financial intermediary for bearer shareholders.

Shareholders are recommended to favor the filing of written questions by electronic telecommunication, rather than by post.

All written questions from shareholders and the answers thereto made pursuant to the third and fourth paragraphs of Article L. 225-108 of the French Commercial Code are published in the section dedicated to questions and answers on the Company’s website in the fourth paragraph of this article.

It is specified that the documents to be presented at the Meeting are made available at the Company’s registered office and on the website www.gevelot-sa.fr under the section dedicated to the General Meeting, as from the twenty-first day preceding the said Meeting.

Allocation of profit for the year 2021:

In accordance with Article 243 bis of the French General Tax Code, it is stipulated that the totality of the proposed dividend is eligible for the 40% tax allowance benefiting to individuals domiciled in France according to Article 158-3, 2° of the General Tax Code. This allowance applies only in the case of an express, irrevocable and global option for taxation according to the progressive income tax schedule when filing the annual income statement of the beneficiary. In the absence of such an option, the dividend to be distributed to these individuals domiciled in France falls within the scope of the single flat-rate levy (PFU) without the application of this 40% tax allowance.

Prior to payment, the dividend is subject to social security contributions and to the 12.8% mandatory non-statutory levy written in Article 117 quater of the French General Tax Code, paid as an advance payment of income tax, except where the taxpayer has duly waived the exemption. 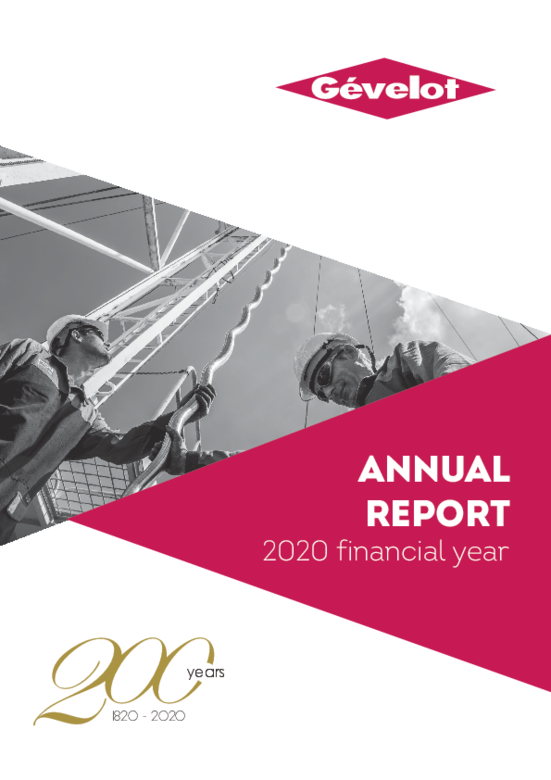